Power Global eyes India’s auto-rickshaw sector has a battery that can be swapped out and a refit kit.

In India, a country that is more densely populated and has lower rates of car ownership, auto-rickshaws and other two- or three-wheeled vehicles play a central role. While many auto-rickshaws on Indian roads are already electric, they tend to rely on lead-acid batteries that need to be replaced every six to 11 months.

Power Global, a two-year-old startup, wants to disrupt the auto-rickshaw market by offering a retrofit kit for diesel-powered vehicles and a swappable battery pack to transition the more common lead-acid batteries to lithium-ion.

Power Global was founded by Porter Harris, who had previously engineered the batteries for SpaceX’s Falcon 9 rocket and Dragon spacecraft. He also worked as the chief battery engineer at EV startup Faraday Future. Thus far, he estimates Power Global has been around 95% self-funded — thanks in part to the sale of his SpaceX stock.

“I’ve been looking at the Indian market now for about five years,” he told TechCrunch in a recent interview. The opportunity is certainly ripe, with some market research firms estimating that the electric rickshaw market in India will grow to $1.3 billion by 2025. It’s also dire: Last year, 15 out of the top 20 most polluted cities in the world were in India, according to air quality technology company IQAir, and much of those emissions are due to transportation.

By offering two separate products for diesel-powered or electric rickshaws — the retrofit kit, which Harris said will fit more than 90% of current models, and the “eZee” swappable battery — Power Global is aiming to capture almost the entire auto-rickshaw market.

Harris says the company already has around 48 dealers ready to sell their products, thanks largely to Power Global co-founder Pankaj Dubey’s extensive history working with Indian dealerships over his career with Hero Motors, Yamaha and Polaris. And that’s a real benefit, because much of Power Global’s plan is dependent upon an extensive dealer network that can get people signed up to the swappable battery subscription model and help drivers buy and install the retrofit kits.

The main source of revenue will come from getting drivers on the energy-as-a-service monthly subscription model via Power Global’s “eZee” swappable batteries.

“It’s a totally different business model,” Harris said. “We can’t translate petrol or gas solutions and try and make that work for electric, it’s really a whole new thing. Our viewpoint is: a lot of kiosks, a small amount of [battery] modules per location.” 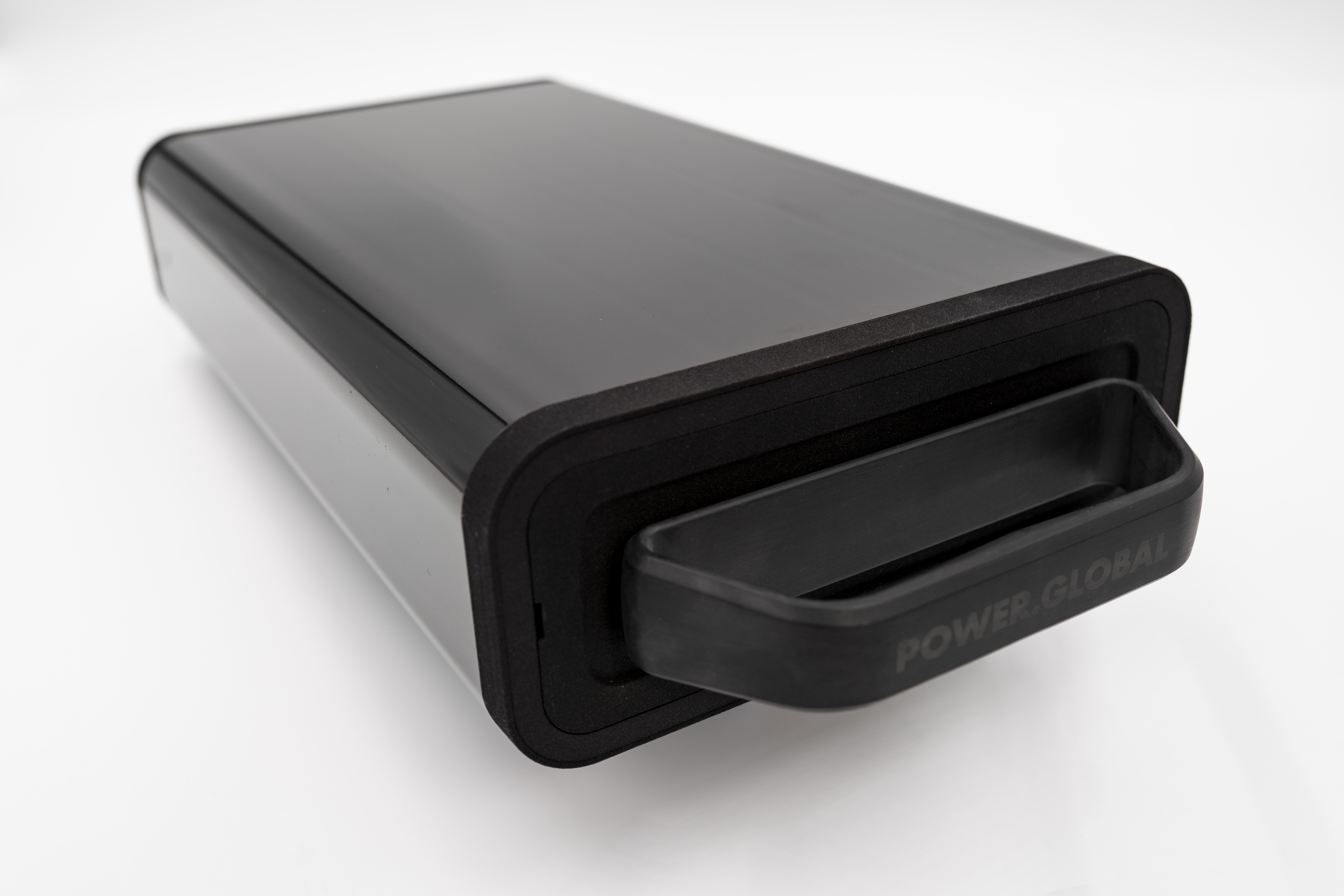 The company wants to launch on the outskirts of New Delhi, National Capital Region to start, with the eventual goal of planning a kiosk every three kilometers or so. Drivers will also have the option to take the battery home and charge it using a Power Global home charger.

On the user side, the company’s also developing an app that will allow drivers to see stats, like how many kilometers they’ve traveled that day, their remaining battery life and where they can find the nearest battery swapping kiosk.

Power Global expects its batteries to last four and a half to five years. The company plans to use the batteries for stationary energy storage application once they’re taken out of the eZee ecosystem. Harris said there are plans to eventually tie those batteries in with small solar panels to provide energy to rural areas. Once the battery has been completely depleted of all its useful life, Harris said it’ll be sent to a recycler.

The company aims to release its eZee swappable battery product in the first quarter of next year, followed by the retrofit kits. It has opened a battery production plant in Greater Noida, India, which it anticipates will produce about a gigawatt-hour — which is about 10,000 Model S packs — this time next year. That’ll make it one of the largest domestic manufacturers of lithium-ion batteries in the country. By the end of 2022, Power Global aims to have at least 10,000 vehicles on the eZee swappable system.

While Power Global is in discussion with some U.S.-based companies interested in the eZee product, Harris said the focus is ultimately further east. “Do we really need another solution for the top 10% of the world? No, we don’t. Let’s focus on the other 90% of the world and actually make a difference.”